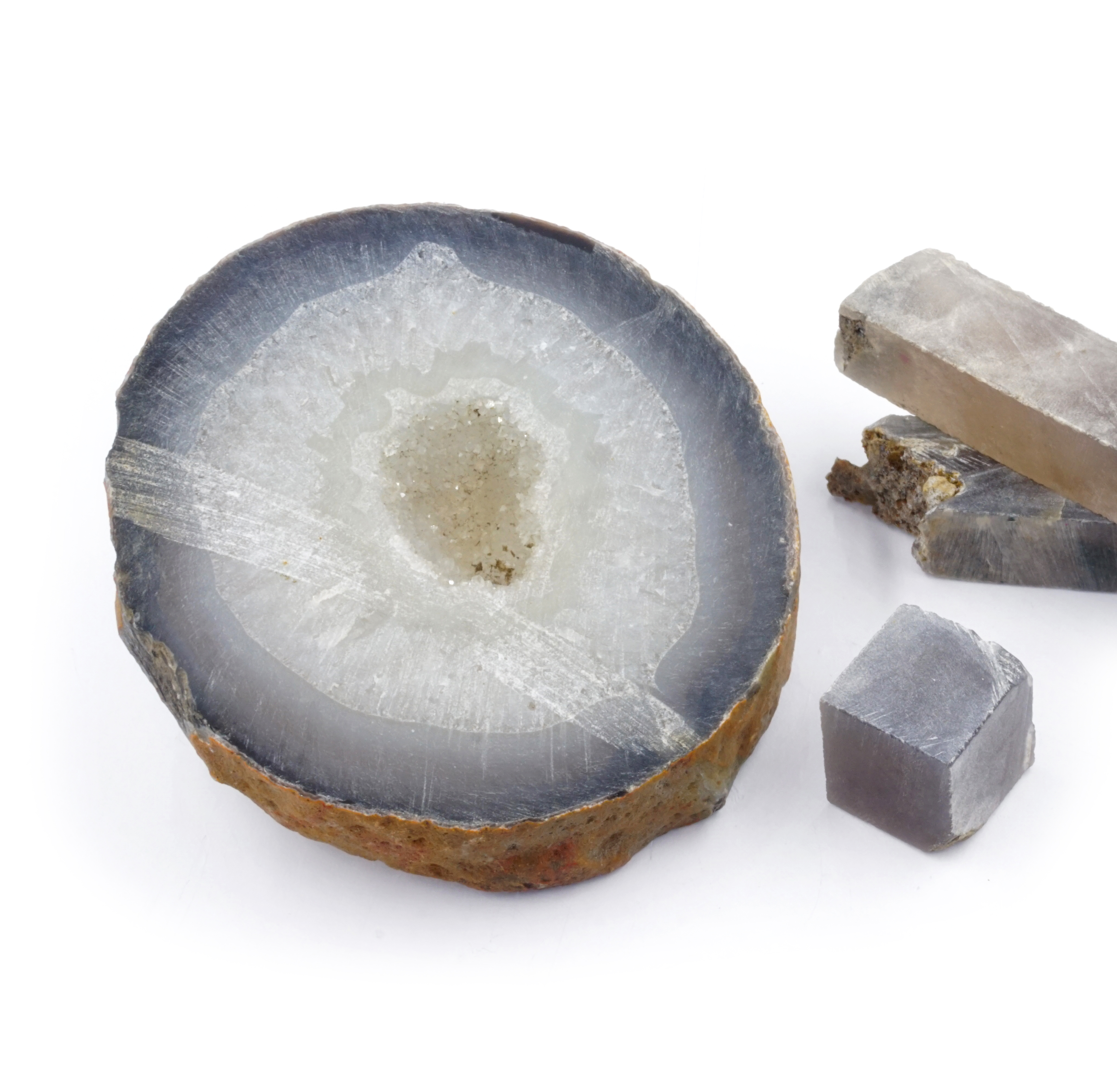 Agate is a variety of chalcedony and a cryptocrystalline form of quartz that was first discovered near modern day Sicily. The name, AGATE comes from the river Achates, now known as the Dirillo River where agate was first discovered, sometime between the 4th and 3rd centuries BC. Agate is created when coursing ground waters fill cavities in rocks or dissolve bone or shell and create concentric bands, these bands form layers on top of one another. Band colors differ due to the differing impurities present in the composition of the agate. Chalcedony can come in a variety of colors, such as blue, brown, green, grey, pink, milky white and yellow. 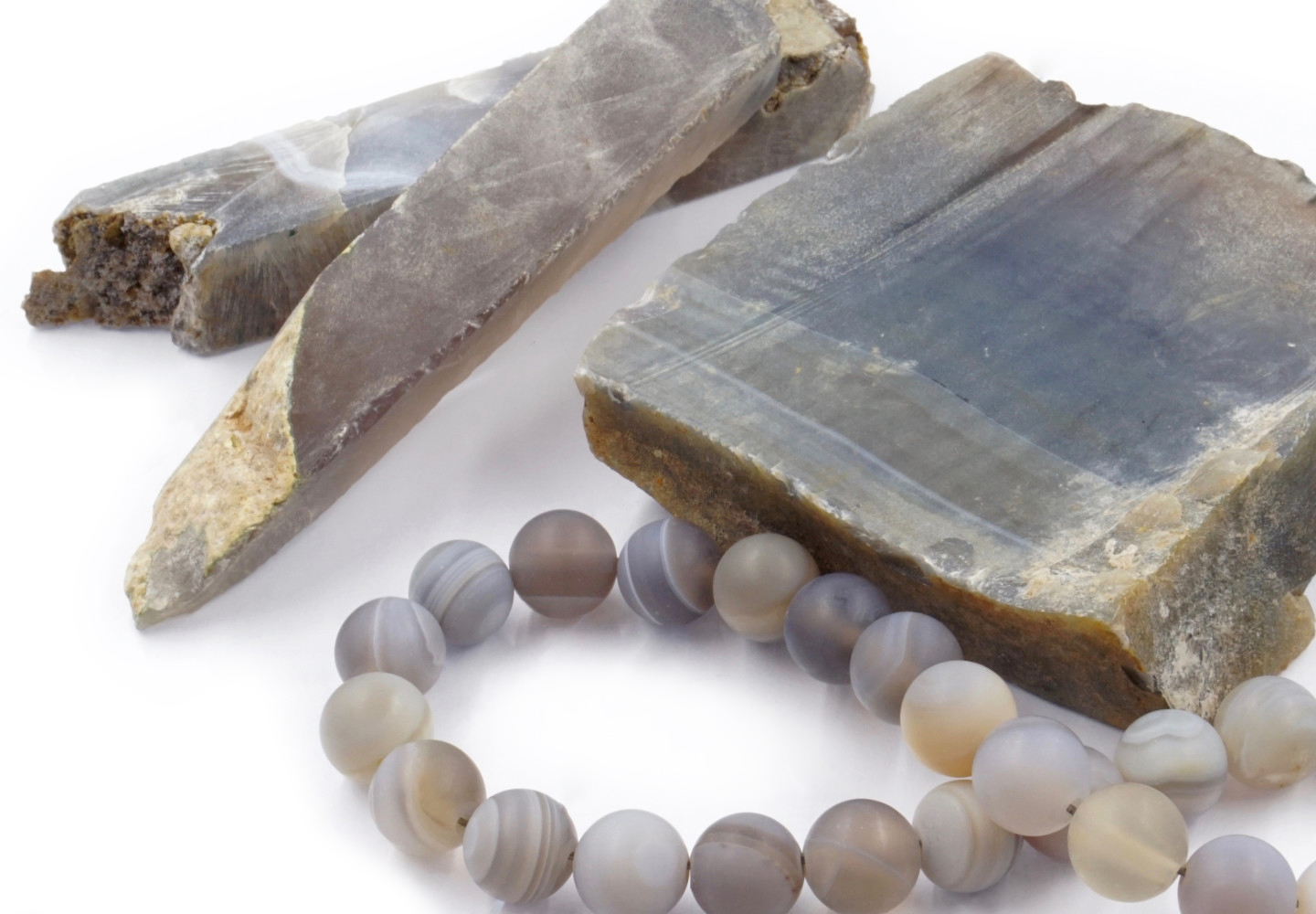 Agate has been long known for its beauty, healing properties, and translucent color and has been used in jewelry making since 3000 BC. 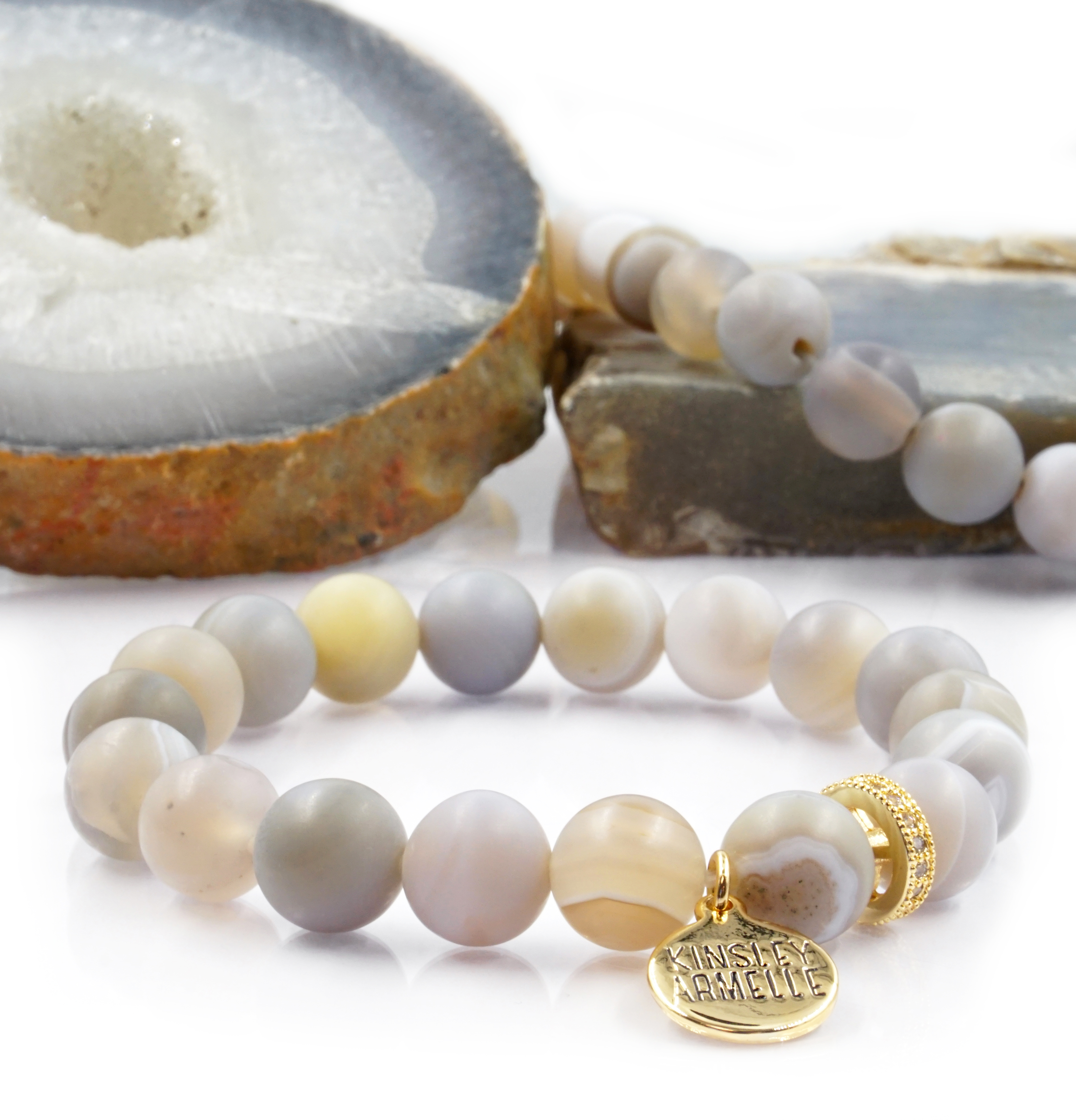 How Are Our 'Cinder' Beads Formed?

Our matte gray agate stone beads all start off as a raw circular rock. When the rock is sliced open, you are able to see the different band of colors formed within. Once the rock is cut open, each half is cut into bars, then small squares. From each square, the material is polished into one single bead. Beads can be different millimeters. KA uses 10mm, 8mm, and 6mm in our CINDER designs. We use agate not only for its natural beauty but because the stone is lightweight, affordable and allows each design to be truly one- of -a-kind. 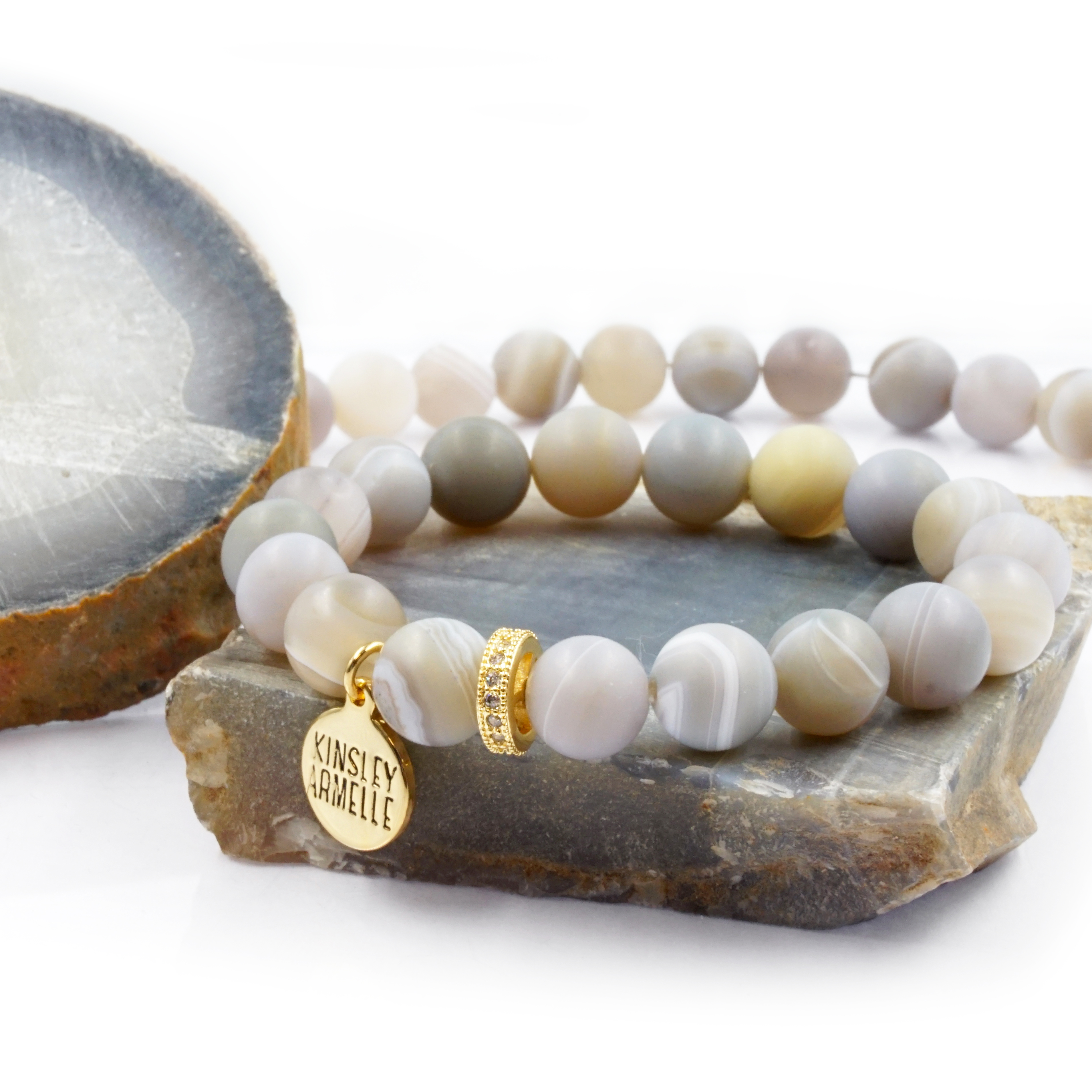 Is Gray Agate Known To Have Healing Powers?

Matte Gray Agate is believed to offer its wearer a sense of stability and balance. They are thought to bring harmony to the wearer as a whole and affect their physical, spiritual and emotional being.

Do What You Love, And Get Paid

Be Your Own Boss, Flexible Opportunities Below!